The new addition to Reef Arabia’s product family, Seamount, has been developed alongside the Majfara unit to primarily facilitate the manual relocation of corals. The large surface area (approximately 5.5 m2) is presented via a series of platforms and contoured surfaces which lend themselves to hosting relocated corals. These platforms can be modified to increase rugosity and to provide indented attachment points for application of adhesives. The Seamount also provides valuable protective space for fish and within a 0.7 m3 central cavern accessible via 8 entrances.

Physical modelling tests have been undertaken to validate the stability of the unit in a range of wave conditions and water levels. Such tests include an investigation of the unit’s sensitivity to its orientation with respect to the wave direction; the tests were undertaken by the UK based HR Wallingford in the company’s 40 m flume tank. 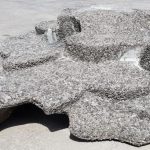 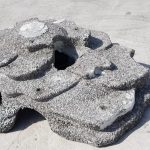 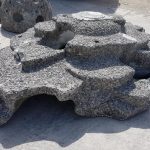 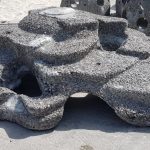